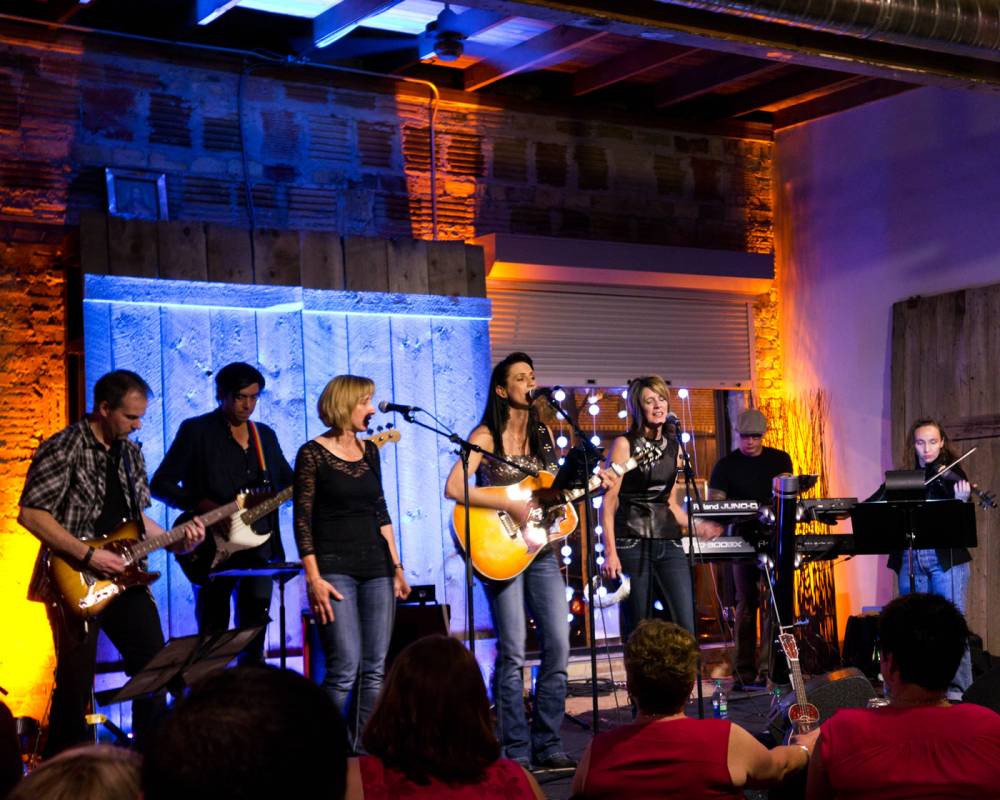 Oh what a Night!!! Amanda celebrated the release of her debut album Rush to a sold out crowd on September 6th at Village Guitar and Amp, a new boutique guitar shop and concert venue in Saskatoon’s trending Riversdale area. With her all star 6 piece band and talented musical siblings, Amanda performed the songs from the album as well as some of the music that had influenced her artistry over the years.

As Amanda eagerly anticipated taking her career to the next level this night would mark one of the greatest accomplishments to date in her musical career. As the songwriter for all ten songs on the album, Amanda was able to share the intimate details and story of each song with her audience. As the music was performed and  the wave of emotion unfolded  Amanda felt an overwhelming sense of love and support from her friends, family and music industry professionals.